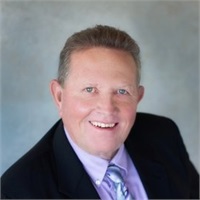 Charlie Munsell retired from public school teaching in 2007 after 31 years as a Band Director in the great state of Texas.  In 2002, he began working with Rob Dahse and made a solid financial plan for retirement.  Upon retirement, he began working as a financial representative with Mr. Dahse and TEAM Financial Group.  Mr. Munsell claims that working with educators is like an extension of an education career in that you are teaching how to plan for retirement.  He now works with clients and businesses in every walk of life.  Starting in September 2017, Mr. Munsell joined Dahse Financial Group and is continuing, and broadening his career as a financial representative.

Active in the professional community, Mr. Munsell served seven years on the Board of Directors of the Texas Bandmasters Association and was President of that organization in 2004. Mr. Munsell is active as a Band clinician and conductor throughout Texas. He frequently serves as an adjudicator for UIL Band events and invitational festivals.

Charlie and his wife Melissa, who works as a Health and PE Curriculum Coordinator in the North East ISD, reside in Spring Branch with daughter Megan.  Their son, Corby, is a Civil Engineer working in San Antonio.